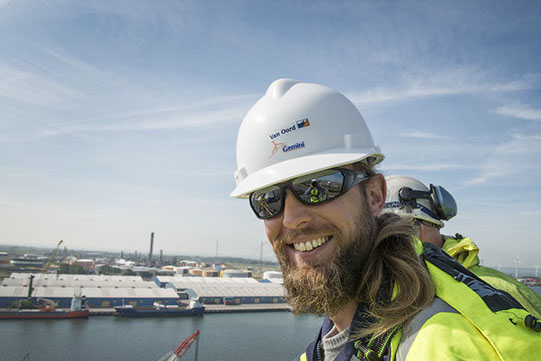 At Gemini, much of the attention goes to building the wind park offshore. But Dennis Froeling knows better than most that a great deal also has to be done ‘on land’. He is the Package Manager Onshore Substation. In other words, he makes sure that the electricity is brought to land safely and can flow into the Dutch power grid.

on the building of

Froeling joined the Gemini team in early 2014, ‘on loan’ from HVC, one of the shareholders. His assignment: the construction of the Land High Voltage Station (LHVS) in Eemshaven port. At HVC, he had supervised various projects in the field of process technology, often also in the civil engineering sphere. This is his first offshore project, but with an important onshore component: ensuring that the electricity generated offshore reaches the Tennet grid properly and safely and can interconnect with the grid. ‘In close cooperation with our Electrical Package Manager, who is responsible for Gemini’s entire electricity chain, I got to work. What are the technical requirements and which basic design is appropriate for those? For example, how big are the transformers that will convert the electricity from 220 kv to 380 kv, so that it can be transmitted further along the high voltage cables?’ From that early stage, the principal contractor Van Oord, another Gemini shareholder, actively contributed ideas on the best solutions. 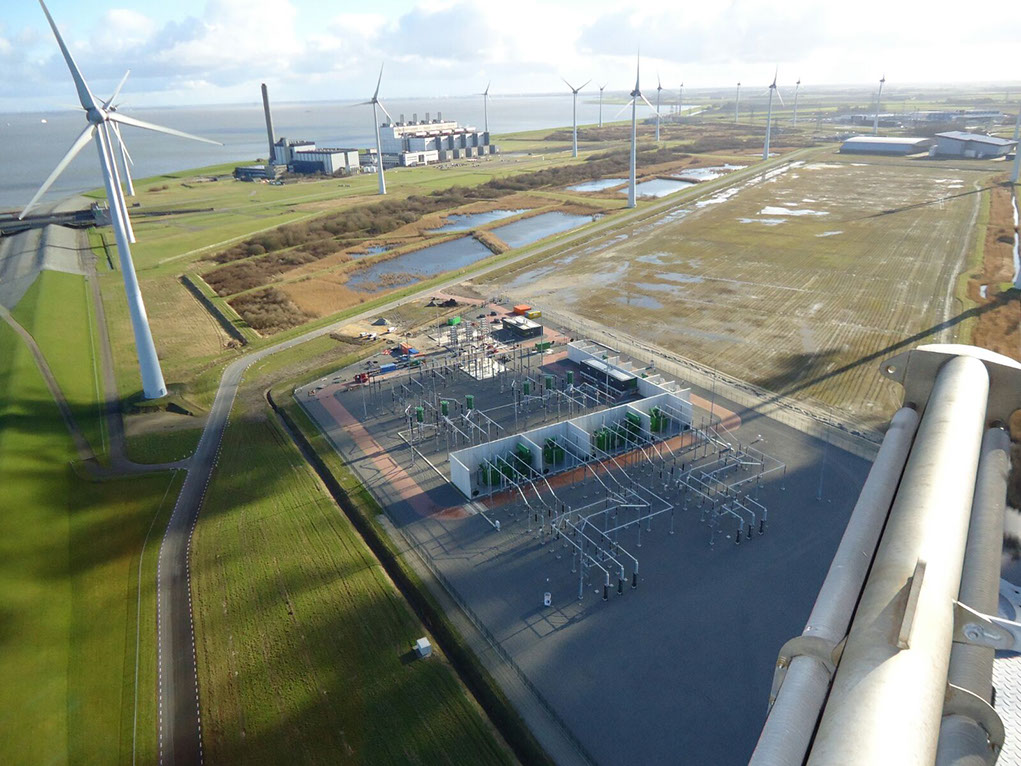 On the right side the power enters from sea. The power to the TenneT installation (in the background) leaves the LHVS from the left side.

Like many parts of the offshore wind farm (such as the platforms and the cables), the LHVS is engineered with many redundancies. Dennis explains: ‘The reliability of the system has to be top-level. For example, the air conditioning systems are built with duplicate components. The building is larger than would be necessary for the installation of the equipment. That way, we retain some flexibility for the future.’ As with many aspects that Gemini deals with, innovation was necessary here: ‘A land station like this had never been built before. In themselves, the functional requirements were not new, but their translation in terms of the specific technology of this large wind farm was. There was no example. We had to find it out for ourselves.’

On 14 May 2014, at the same time as the financial close of Gemini (in which all financial contracts with the investors were signed), the first pile of the LHVS was driven into the soil of the Eemshaven. ‘Fortunately, we are not troubled by earthquakes in this area. However, the hydraulic conductivity of the soil is not very good here. In the past, this used to be a swamp.’ In the autumn of 2015, the next milestone was reached; the two offshore stations and the land station ‘went live’: ‘Before electricity is transmitted from the wind farm to land, electricity first has to travel in that direction, as a sort of offshore current. That all went well.

And now we see every day how the volume of electricity reaching the land is growing, with every turbine that is commissioned. That’s what we do it all for!’